A 1st from First! 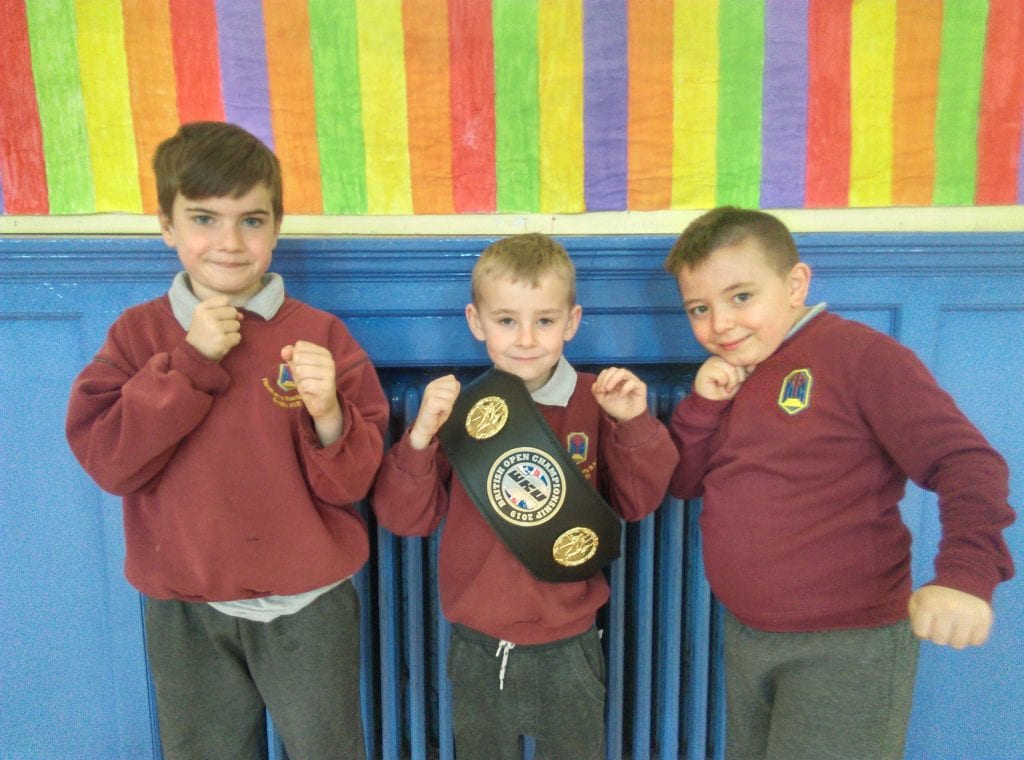 Last weekend Alex got a plane over to England to fight in the British Open Championships 2019 in kickboxing. He went with his Dad and the rest of his club from KKC. Alex had lots of fights and did so well he made it to the final in points. He fought against another boy from England (who was bigger than him!), he scored the most points and won the fight. He was awarded the World Kickboxing and Karate Union (WKU) belt. Everyone in the school is so proud of Alex and his amazing talent.

Pictured here are Zak Nugent, Alex O’Brien and Ciarán Wall from First Class, who are all members of KKC, they all helped to write the blog.