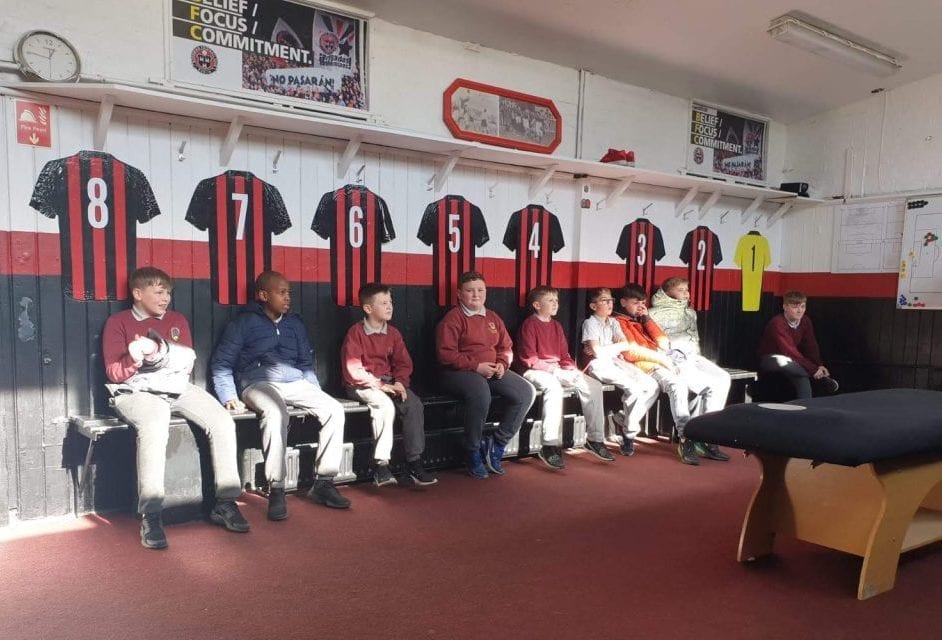 Last week, 5th class went on a very special trip to visit Dalymount Park, the home of Bohemians Football Club. We went on a bus and arrived at the stadium about 12.30pm. We met Paul and Shane, who have been doing a maths and football programme with us in school. First, we went to see the footballer’s dressing room and saw the player’s lockers and met some of the players too. In the dressing room two players signed our Bohs books and had a chat with us – they were both really nice!

Next, we went on the pitch and to the manager’s box, where the reserves and substitutes sit. It was really exciting to be on the actual pitch where the matches happen, and for a moment we could pretend that we were famous footballers. After that, we went to the Jodi stand, where the home fans sit.

While we were sitting down listening to Paul and Shane, Ryan Meier had a personal interview by a reporter, who asked him all about the programme and the trip. We had some photos taken to remember the day and then we visited the special seats where VIPs sit, such as Our President, Robbie Keane and other famous people.

Finally, we were given tickets for the next match and we all got the bus back to Cabra. We had a very fun time!
5th class boys would like to thank their teacher, Shane, Paul and everyone at Bohs for letting us visit.